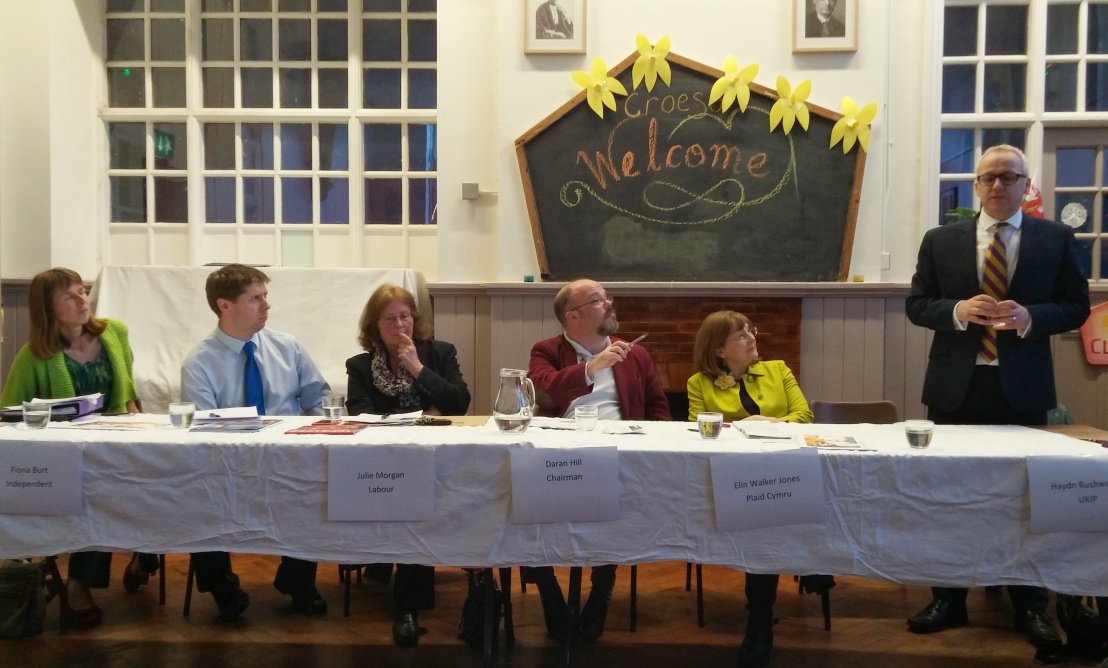 This evening saw four constituency candidates face the public in Llandaff North. The Llandaff North Residents Association organised the hustings, which was open to the public.

We recorded the first hour on Periscope before, unfortunately, it crashed on us.

Daran Hill, political consultant at Positif, expertly chaired the hustings. We live Tweeted throughout the evening, you can read them all on Twitter.

Thanks to the Llandaff North Residents Association for accommodating us and organising such a vital event.