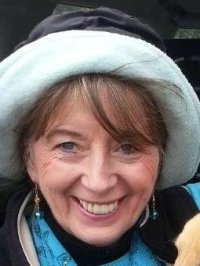 Name – Georgina Phillips
Party – Labour
Ward – Pontprennau and Old St Mellons
Website – cardifflabour.wales
Twitter  – @G_A_Phillips
Facebook – PontprennauOldStMellonsLabour
How can people get in touch with you? – By any of the ways already provided. Most residents already have official telephone no. which is still usable.

I was born and brought up in Cardiff, and have lived in Old St. Mellons for about 25 years. I have watched Pontprennau grow from farm land to the new community which has developed over all these years.

When I was first married I spent some years travelling with my husband, who was an officer in the Merchant Navy. We both thoroughly enjoyed the travelling, and I was lucky enough to visit a very large part of the world. However, after almost thirty years of travelling we decided to settle down and since that time the urge to get away has completely left both of us! people often ask if we are going away for a holiday. The answer is always no, because as we explain – to us it was work which always took us away, and holiday time brought us home! Therefore, for us we are always on holiday these days, even though both of us are working full time!

I am very happy being at home totally immersed in the community in which I live and work. Perhaps that is why I enjoy being a Councillor so much. My relationship with this community is an enormous part of my life, and also a very important part. I suppose that is why I am standing yet again.

Parking is an enormous issue in both Pontprennau and Old St. Mellons. In both cases it is however for very different reasons. This is I think one of the problems which this particular issue has. I know from listening to concerns expressed by other colleagues from different areas of Cardiff that the whole parking situation is becoming a major problem throughout the city, though for many different reasons. The simple fact is that we have more traffic than we have roads to accommodate it. However, we cannot of course just keep building more and more roads. Where would we put more roads? And where would we park all these vehicles?

The second issue in the Ward is also caused by traffic. Again this is both parts of the Ward, and this is the need to get the lanes which lead from Old St. Mellons towards Lisvane closed. This would finally give a feeling of peace and safety to all the residents who live alongside those particular roads. There are I know many residents in both Pontprennau and Old St. Mellons who want the roads to be closed as a priority.

My favourite place is the castle and Bute park. It is a beautiful area, and what a stunning feature for tourists to see and enjoy. I love it because it has both peace and tranquillity on the one hand, and also provides a beautiful setting for major events.

To me the issue is about talking with residents, listening to what they are saying, and taking on board the majority view rather than your own opinion.

The Hitchhiker’s Guide to the galaxy.

Try to resolve some of the issues which residents are concerned about.

I will go on using social media because quite a few people do seem to like that particular way of communicating. I will also use email, and the good old-fashioned telephone. However, I have been putting out a quarterly newsletter for the past 18 years and so many people really do like to have that old way of communicating, and so I would carry on putting that out too.

It has always been quite amazing to me how many people say they look forward to it arriving every quarter. As soon as it goes through their letterbox they say they make a cup of tea or a coffee and sit down and read it!

I think after everything I have said about the main issues not only in my ward by in I would think every other ward in Cardiff, I would like to be involved in all issues relating to roads, traffic, parking etc. I honestly do think that these are going to be the biggest issues which have to be resolved in some way in the coming years. What we really need is a huge improvement in public transport.

I would also like to be involved in planning in order to protect our remaining green spaces.

Cardiff is a beautiful city, often spoiled by the dropping of litter and fly-tipping. Both these issues need to be resolved in some way. They are for me the worst things we have to deal with. Of all the problems we have, the ones which make me the most upset and angry are these two issues.

Perhaps there needs to be greater fining when people are caught. Whatever is done to try to deal with this issue, it has to be dealt with. It is spoiling what is otherwise an amazing city.

Being a Councillor representing your Ward gives you the ability to help individual residents on the one hand, or the whole community with major issues on the other.

It is I would have to say an enormous privilege and something I enjoy very much. I would recommend it to anyone!